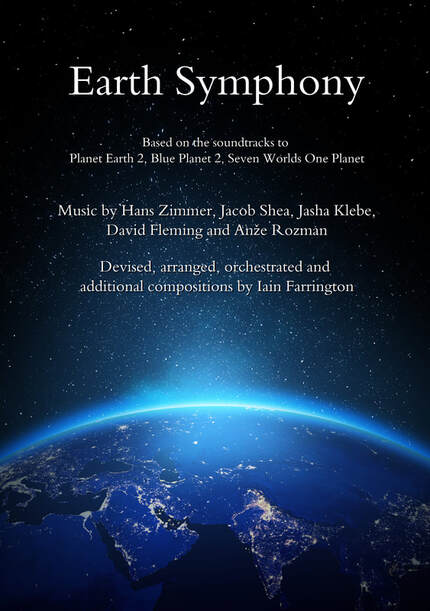 Earth Symphony is a large-scale orchestral work in five movements, performed with a specially made film. All of the visual and musical material derives from three recent wildlife series: Planet Earth 2, Blue Planet 2, Seven Worlds One Planet. The original scores were composed by Hans Zimmer, Jacob Shea, Jasha Klebe, David Fleming and Anze Rozman. It was commissioned by the BBC Proms for performances at the Earth Prom 2022.

The Earth Symphony takes its structure from the classical elements that were once believed to make up the natural world: Earth, Air, Water and Fire, with Spirit or Aether as an additional fifth. These provide a framework for the content of the film and the character of the music. The original scores provide the themes and musical building blocks for the work. These are reworked, developed, expanded and elaborated to create a symphonic score, with recurring motifs appearing throughout the piece. The Symphony follows a Classical layout, with a sonata-form first movement, Intermezzo, Scherzo, slow movement and Finale. The new film and musical score were created at the same time, to make a natural flow as well as a symphonic shape.

​There is no spoken narration, so the following is a brief summary of the various wildlife featured in the film:

1 – Earth. The beasts of the land
A rich variety of animals and landscapes, full of colour and beauty. The majestic elephant feeds from the trees, the American bison and a red fox endure freezing conditions, and the snow leopard in the Himalayas lives a solitary life. On Fernandina island in the Galapagos, young marine iguanas are chased by racer snakes in a frantic chase for survival. Golden snub-nosed monkeys in China huddle close together in the cold forest. In the Arctic tundra, an enormous herd of caribou deer migrate to open fields.

2 – Air. Those that fly
Numerous species of hummingbirds in Ecuador feed on nectar, different birds dance to attract a mate, and mayflies in Hungary gather in huge numbers for their brief existence. Great white pelicans swim and fly over the river Danube, starlings gather in Rome for an enchanting display, and fireflies in North America sparkle at night.

3 – Spirit. The joy of life
Penguin chicks awkwardly explore their home, bears in the Rocky Mountains rub their backs to relieve scratches, and a hamster searches for a good meal in a Viennese cemetery.

4 – Water. The mighty ocean
Bottlenose dolphins in the Red Sea enjoy surfing the waves, diving down to the coral beneath. In the Indian ocean, young terns are eaten by giant trevally fish. Walruses in the Arctic search for a piece of ice to rest, away from polar bears. As more of the ice melts in the warmer temperatures, so the task becomes more difficult.

5 – Fire. Danger and hope
The sun's powerful heat presents challenges to wildlife in dry locations. In the Iranian desert, a bird is tricked by a viper, two Komodo dragons in Indonesia engage in a brutal fight, and locusts in Madagascar swarm and devour the lush greenery. As temperatures increase with the onset of climate change, the sun causes wildfires and devastation. Humanity has the capacity to support nature, and peaceful coexistence can be found. An Ethiopian man in Harari feeds spotted hyenas, and gray langur monkeys in India are fed by the local people. In Singapore, large gardens are created and super-trees are grown, allowing nature to flourish in an urban environment. The natural habitat of jungles and waterfalls provide beauty and inspiration, places that must be preserved on the extraordinary planet that is Earth. 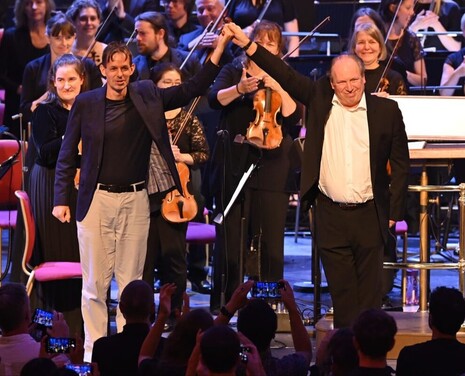